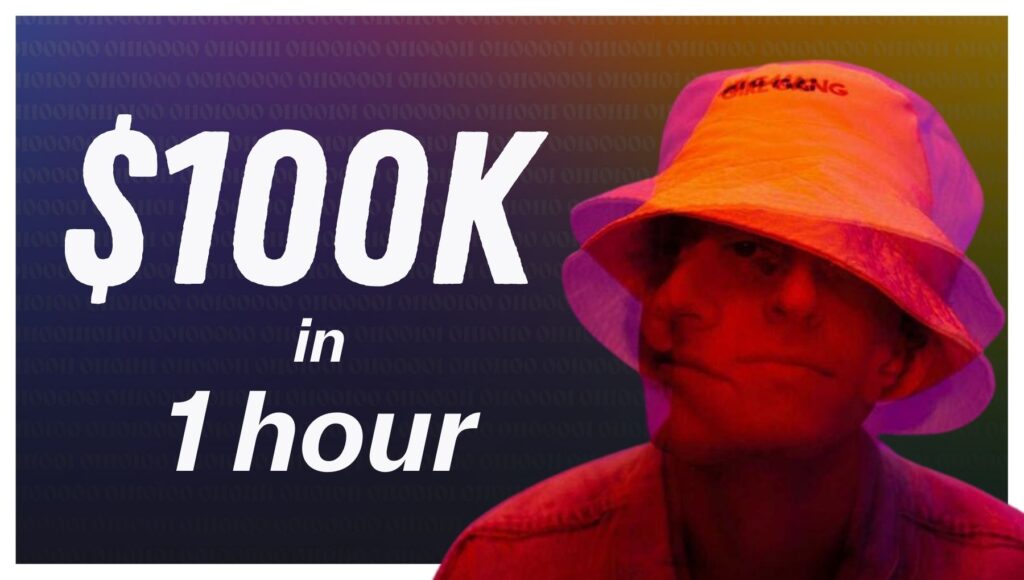 Dive into Daniel Allan's groundbreaking path to fund his EP Overstimulated as a new era of the creator economy emerges.

Today, we are diving into blockchain’s one of the most compelling use cases.

A new way of raising money for artists is here, and we’re starting to see more examples of it.

Months ago in January, John Palmer crowdfunded his essay before actually writing it. Instead of publishing for free or putting it behind a paywall as most news websites do, he raised funds to produce a new essay in exchange for ownership of the work. He aimed to raise 10 ETH, and went above that.

This idea is revolutionary because it resolves the tensions a creator might feel during the production of the work. Through this idea, as a creator, you wouldn’t need to constantly produce content to have the necessary funds to live your life. You get to decide how you want to operate, and you can raise the money beforehand, put a value on your work. You are not at the mercy of how many viewers are on YouTube, nor do you have to wait to get your funds, which usually happens on web2 platforms.

Many YouTubers tell that to stay relevant or to make money, they feel the pressure to always be on. Patricia Hernandez wrote in The Verge in 2018 about ‘burnouts,’ telling that “YouTubers feel compelled to make nonstop videos for an ever-hungry audience, afraid to take breaks for fear of losing momentum, or worse, being reprimanded by the algorithm that decides what videos people see.” YouTube failed to help the creators that make the platform what it is. Creators couldn’t do much about this, as their content is owned by the platform, and there was basically no other option.

Another issue that motivates a different path is the fact that musicians barely make any money from streaming platforms. The glory days of CDs have died, and on average, Spotify pays the artist $0.004 per stream. To make $100, your song needs to have been listened 25,000 times. This system devalues music and makes it impossible for a musician to make a living out of streaming. The best way for musicians to make money is through concerts and live shows, but as we have seen recently, that can be taken away at any time.

But what if we can rewrite the rules? We saw in Mint S1E9 where Matt MacDonald from the band The Classic Crime used Kickstarter to ditch the labels by funding their music via the community. Crowdfunding allows creators to take the time they need and to reach the audience directly. It is a way of cutting out the middle man.

Producer and musician Daniel Allan have taken the idea of crowdfunding and made a project of his own. After getting introduced to NFTs by Cooper Turley in April, he realized “how difficult it was to give up so much of [his] master ownership for fairly little in return.” He wanted to take a new route instead of the traditional label one.

Overstimulated will be 100% owned through a governance token – $OVERSTIM, 100 per 0.1 ETH backed to be exact, which backers will get as a reward for supporting the project now.

What do $OVERSTIM holders get?

The Overstimulated team will convert royalty payments from platforms like Spotify and Apple Music to USDC, which token-holders then can claim. And they will also have access to private Overstimulated Discord. This model both awards fans to be early supporters and creates an incentive for them to be a part of the artist’s and the song’s journey. There are some other benefits like NFT drops to top supporters.

Electronic dance music artist and producer Justin Blau, who is co-founding Royal with 3LAU, told Forbes, “I always tell people that artists’ popularity is completely dependent on the fans and the listeners, not the companies and the distributors. If the fans like the music, they share it, they go to the shows, they’re fully responsible for augmenting an artist’s popularity … So why shouldn’t those participants achieve upside for believing in someone early?”

Royal is a blockchain music investment company that enables fans to earn money as well as the artists. It aims to democratize access to music by allowing listeners to both invest and own rights to their favorite songs and albums through special digital assets. Royal gives us another glimpse of what could blockchain offer to those who are willing to create something new.

Daniel Allan says that he explored the crowdfunding idea for several reasons:

This is a fantastic experiment and a ground-breaking way of exploring a new funding mechanism to fully engage fans and let them be a part of the song’s journey. While this idea is being explored in different ways, we will see more creative ways of onboarding the fans and creating a different financial model for not only musicians but all creators.

The auction was supposed to continue for seven days, ending next Monday. However, the auction reached its hard cap of 50 ETH. You can read the full statement on the Mirror post, and read his Twitter thread. 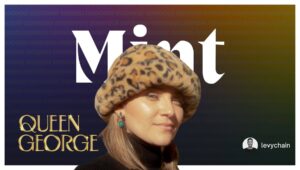 Releasing an EP in Web3 with Queen George

The modern jazz-pop artist joins Mint again to catch us up on her journey in web3 and how she plans to release her EP in a web3-native way. 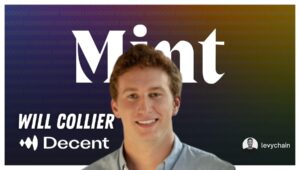 Web2 Fans vs. Web3 Fans with Will Collier

Will Collier, co-founder of Decent.xyz, shares his mental model for understanding the difference between a web2 and web3 fan.