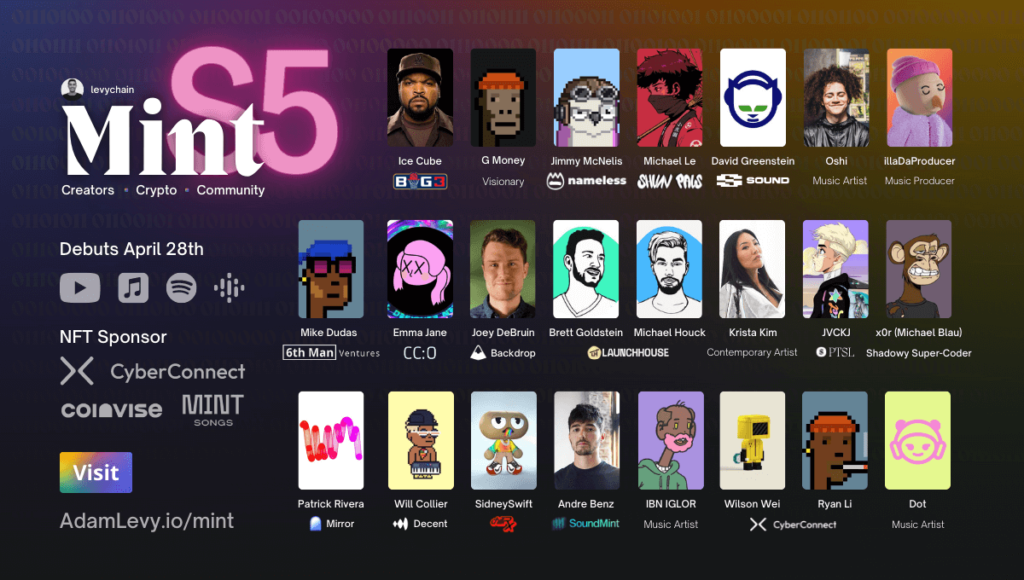 Founder and Host Adam Levy kicks off season 5 of Mint podcast featuring 22 of the top minds and early adopters of web3.

Los Angeles, CA — April 29, 2022 —  Adam Levy returns to the frontier of the web3 creator economy with Mint Season 5, a leading audio and video series exploring how the creators of today are building the communities of tomorrow using web3 primitives like social tokens, NFTs, and DAOs, to name a few. RSVP to receive episode one by visiting https://adamlevy.io/mint-season-5.

This season of the Mint Podcast is psyched to bring you over 20 exclusive conversations with the creators, collectors, and founders defining the web3 creator economy. The next two months will explore the future of music, social networks, and the creative commons license (cc0), capturing key insights from its sector’s respective movers and shakers.

The season is available to enjoy across all video and audio streaming platforms, answering the most frequent questions creators and communities have when building alongside web3 primitives.

“Season 5 will feature interviews with some of the most creative and forward-thinking names in the web3 creator economy,” said Mint Founder and Host Adam Levy. “Each episode features tips, tricks, and invaluable insights straight from the catalysts defining this decentralized revolution.”

Season 5 sponsors include CyberConnect, Coinvise and Mint Songs, who are supporting Mint by collecting the show’s non-transferable NFTs granting them promotional benefits throughout the season.

Submit your email to receive all 20+ episodes for free by visiting https://adamlevy.io/mint-season-5.

Reaching over 20,000 web3 users per month, Mint hosted by Adam Levy is a leading audio and video series exploring how the creators of today are building the communities of tomorrow using web3 primitives like social tokens, NFTs, and DAOs, to name a few. Each month, a new season rolls out with numerous untold journeys from notable creators, web3 founders, and thought leaders, who are tinkering with social money to make their creator economy a reality. 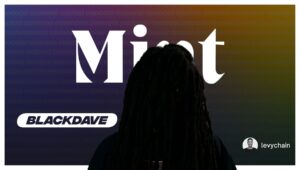 This episode welcomes Black Dave, the web3-native music artist, creative thinker, and self-proclaimed genius. From dropping free NFTs to setting records across crypto Twitter, I wish I had him on the podcast sooner. 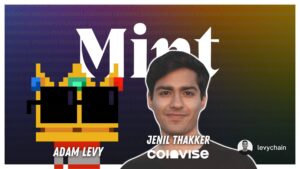 Tools for Executing Airdrops with Coinvise

This episode welcomes Jenil Thakker, Founder of Coinvise, an open platform on Ethereum where creators can launch a social & build a tokenized community.